Based on an idea by Ivo Stamenov Otto

Have you ever been caught in a situation where you’re arguing with the GPS? How about cursing your car or accusing your phone of not understanding you? What exactly do we expect from technology, what do machines think of us? Can we create the perfect machine, while being imperfect ourselves and how valid are Asimov's Three Laws of Robotics today?

These are some of the questions raised in “Machines are Bitches” - the latest play by Zdrava Kamenova and Gergana Dimitrova based on an idea by Ivo Stamenov OttO.

The play introduces us to Gerda, who has just decided to hit the road, leave everything behind, and try to get to a place of her dreams. Her only companions are machines, whose good intentions and capacity for empathy has been long put into question by humankind.

Zdrava Kamenova and Alexander Mitrev take the audience through several dynamic, hilarious and meandering hours of Gerda’s life, starring a GPS, a phone, a car.

The project is realized with the financial support of the Ministry of Culture and the National Fund “Culture”.

Ballet of the Plovdiv Opera 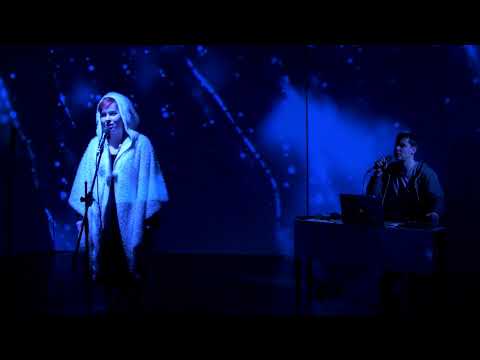 ‘Changing’ is a dramatization of ‘Metamorphoses’ by the Norwegian actress Liv Ullmann, and is the first solo performance of the actress Yoana Bukovska-Davidova. The performance is dedicated to the 80th anniversary of Ms Ullmann and the 100th anniversary of the Swedish director Ingmar Bergman. This is also one of a handful of theatre spectacles in Europe to feature augmented reality.

As presented in ‘Changing,’ Liv Ullmann's world is one of colour, childlike ecstasy and waves of contagious emotions. The focus of the dramatization, which is Ms Bukovska-Davidova's own project, is the Actress, She, who displays a multitude of faces without anyone ever knowing the one that's truly her own. On its part, her true self is manifested through stories and people, through childhood fears, up to the internal insecurity of a working mother, with all the attending emotional breakdowns, creative high points and failures.

Apart from the emotional human part, ‘Changing’ engages the spectator by uniting the audience, the performer and the stage through the use of innovative technologies in the theatre space. Building on the theatrical conceit, the show uses the spectators' smartphones to add elements of augmented reality and 3D mapping. The audience will be invited to participate directly in the creation of stage reality and become part of a performance that is so far unique for Bulgaria – one that amalgamates theatre, special movie effects and the actor's performing.

a project of Plovdiv Opera