A Performance by Arabesque Ballet 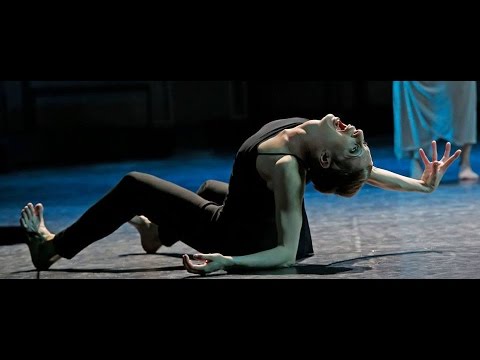 In Pandora the authors performance the most topical problems of the contemporary society – overdosing, crossing boundaries and the punishment, a logical end of a violation or a new challenge. The project explores the myth of Pandora as a reflection of the myth of Prometheus, whose roots are lost in mankind’s greatest crisis – the transition into his humanity. Pandora is a mystical ritual performance that takes the audience through the transcendent, unknown part of the human archetype.

The performance tells the story of Pandora in seven acts – Pandora, the seven deadly sins and their appearance in her consciousness. Pandora - who is she? Why have we not heard of her before? Did we take her for granted…obviously, but she doesn’t blame us for that. She is one of us mortals, the first mortal woman and the mother of the first born child. We hear the voice of Pandora for the first time, who tells her daughter her story – who is she and why is she here? “The world is miserable – did I do this?”

All her questions and worries are answered on the stage by shadows and bodies, who accept her, reject her, abandon and then include her in their bacchanalia. The dark starry sky looms above the dancing bodies and strange constellations appear in it – exciting and calming…

One of the strongest and most influential elements of this performance is the music. It gives us its rendition of the relationship between holiness and humanity in an exciting and generous manner. In an amazingly limited manner, it combines the abstract sound of peace with the sensitive “carnal” beauty of the human voice.

The international Pandora project provokes not just with its idea but with its open formula for participants of all arts, countries, traditions and worldviews. The Bulgarian folklore voices challenge the Dutch composer Paul van Brugge to interpret the myth of Pandora through the voice of the Balkans.